Most of the history of games has been an evolution from hard-to-use interfaces to better interfaces. This makes old games painful to play – I don’t mind that the graphics look dated, but having to struggle with old interfaces is too much for me.

It’s interesting that some current games have made their interfaces intentionally bad or hard to use. Struggling with the interface is part of playing the game. Two such examples are Her Story and Papers, Please. 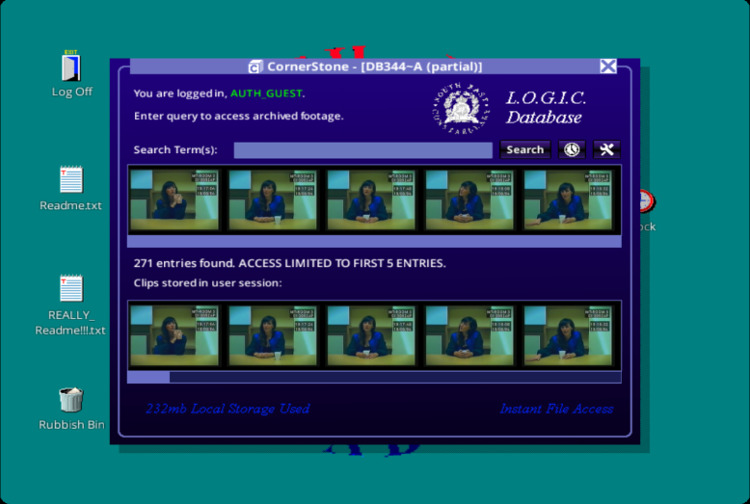 Her Story simulates using an old computer from the 90’s. Playing the game means going through an old database of video files using a clunky search interface that only returns 5 clips at a time. To make sense of the game’s narrative the video files need to be put in order, but that is also difficult and time-consuming with the interface. A computer system could easily order the video clips according to the time stamps on them, but instead it must done by the player. Playing the game means struggling with the interface.

Papers, Please portrays a similar task of comparing documents to each other. As an immigration officer on the border of Arstotzka, you must inspect passports and other paperwork from people wanting to come into the country. Finding flaws in counterfeit passports and related papers requires knowing details about the current rules of entry, geography and nationality. These details can be found from the notes on the digital desk available to the player, but they are cumbersome to use. Papers, Please could easily have an interface that would make the task much easier, but it doesn’t. Part of the difficulty in the game comes from struggling with the interface, which has been made intentionally challenging to use.

Are there other examples of intentionally bad user interfaces?